This year, a Tableau of the National Disaster Response Force (NDRF) was given pride of place for the first time as a tableau selected for the Republic Day Parade-2020. The Tableau depicted sterling humanitarian efforts of the Force during Cyclones and Floods while showcasing a comprehensive view of the NDRF’s work and experiences that the Force has earned over the years.

The front portion of the Tableau simulated the flood rescue team saving drowned person, children and animals etc. Deep-divers were also seen atop the ready to undertake such rescues. The tableau also depicted slithering and winching from the helicopter and also showed the use of drones in rescue operations.

Further, the NDRF Tableau showcased collapse structure rescue ops with modern equipment and communication set-up. The ground team consisted of the specialized responders in CBRN emergency with modern equipment. Personnel of the Force in their uniforms were also present astride the moving float.

The NDRF is tasked with responding to all kinds of man-made & natural disasters across the country & beyond. NDRF, since its raising in 2006 is doing a commendable job of saving the precious lives of countrymen. Committed by its motto “Aapda Sewa Sadaiv”, the Force consistently displays a high level of professionalism & commitment. The Force has rescued over 1.15 lakh people and evacuated over 6.7 lakh stranded persons during various operations within the country and abroad. 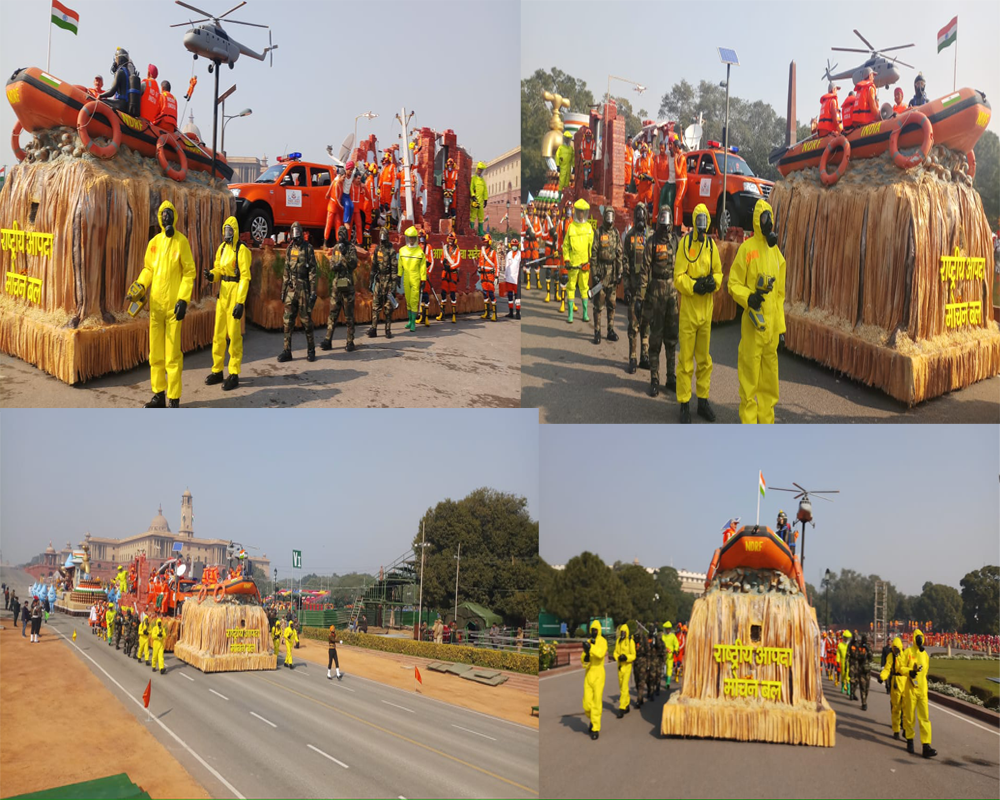