An expedition on the Ganga is being organized in the month of October 2019 by Ministry of Jal Shakti, Govt. of India, New Delhi with the objective of spreading awareness about Water Conversation and River Rejuvenation amongst the people of Ganga basin.

This rafting and canoeing expedition on the River Ganga would consist of members from the Indian Armed Forces, Scientists from the CSIR-Indian Institute of Toxicology Research, members from the Worldlife Institute of India, rescuers of National Disaster Response Force (NDRF) and other personalities from various fields.

The expedition would start from Devprayag in Uttarakhand on October 08, 2019, and would pass through Kachhla-Buxar-Sahibganj and will end at Bakkhali Sea Beach, Kolkata, West Bengal on November 06, 2019.

NDRF team comprising of officers, equipped with Inflatable Rubber Boats (IRB’s) and its handlers will be participating in the expedition till the very end and shall extend all support to make the expedition success. 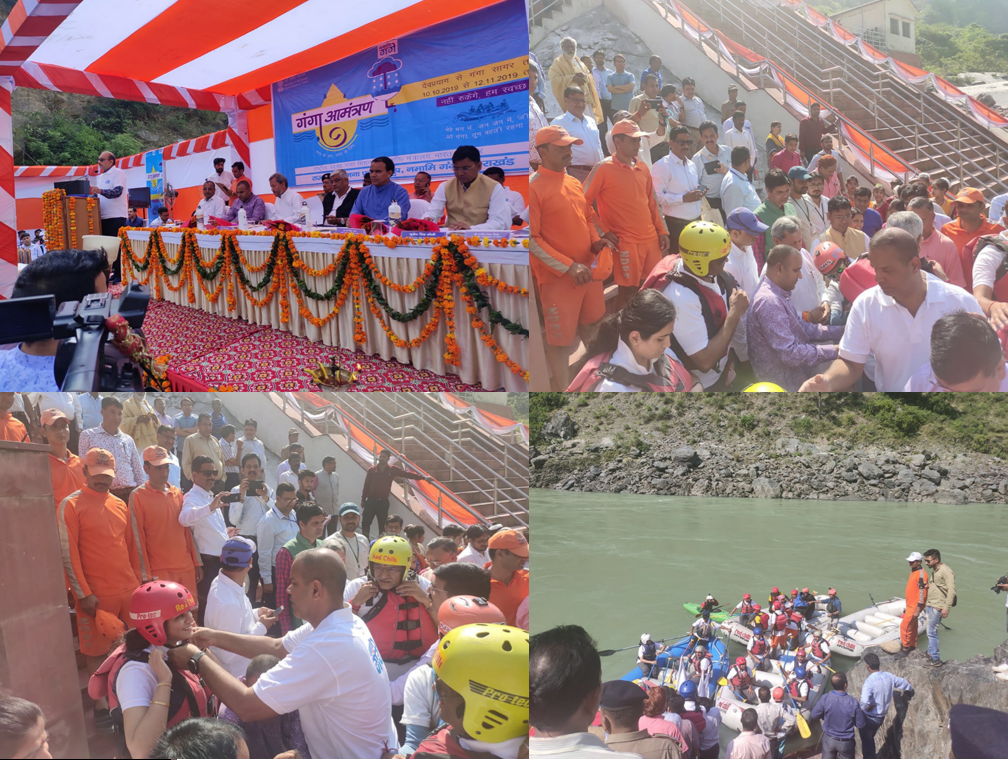