With the issue of cyclone warning for these States/UT’s, the National Disaster Response Force (NDRF), as a part of proactive measures, has mobilized adequate resources & self-contained rescue & relief teams in the likely affected areas of these States/UT’s. The NDRF teams are equipped with Wireless Sets, Satellite Phone, Cutters, and various equipment & tools. The NDRF teams are keeping close watch over the development of the situation and are in close coordination with the local administration. All precautions are being taken to ensure zero casualties, including relocating people from unsafe localities.

16 NDRF teams have been deployed at coastal areas of Gujarat. 01 team each has been deployed at Gandhi Nagar, Bharuch, Amreli, Gir Somnath, Anand, Bhav Nagar & Kheda, 02 teams at Navsari, 03 teams at Surat whereas 04 teams at Valsad. Besides, 02 additional teams are kept as a reserve at NDRF Base Vadodara, Gujarat.

02 teams each have been deployed in Daman (Daman & Diu) and Silvassa (Dadar & Nagar Haveli) amid of cyclonic storm Nisarga. All teams are on the alert mode in their respective locations.

Director-General, NDRF Sh. Satya Narayan Pradhan is closely monitoring the situation round the clock and is in close touch with various authorities/stakeholders. 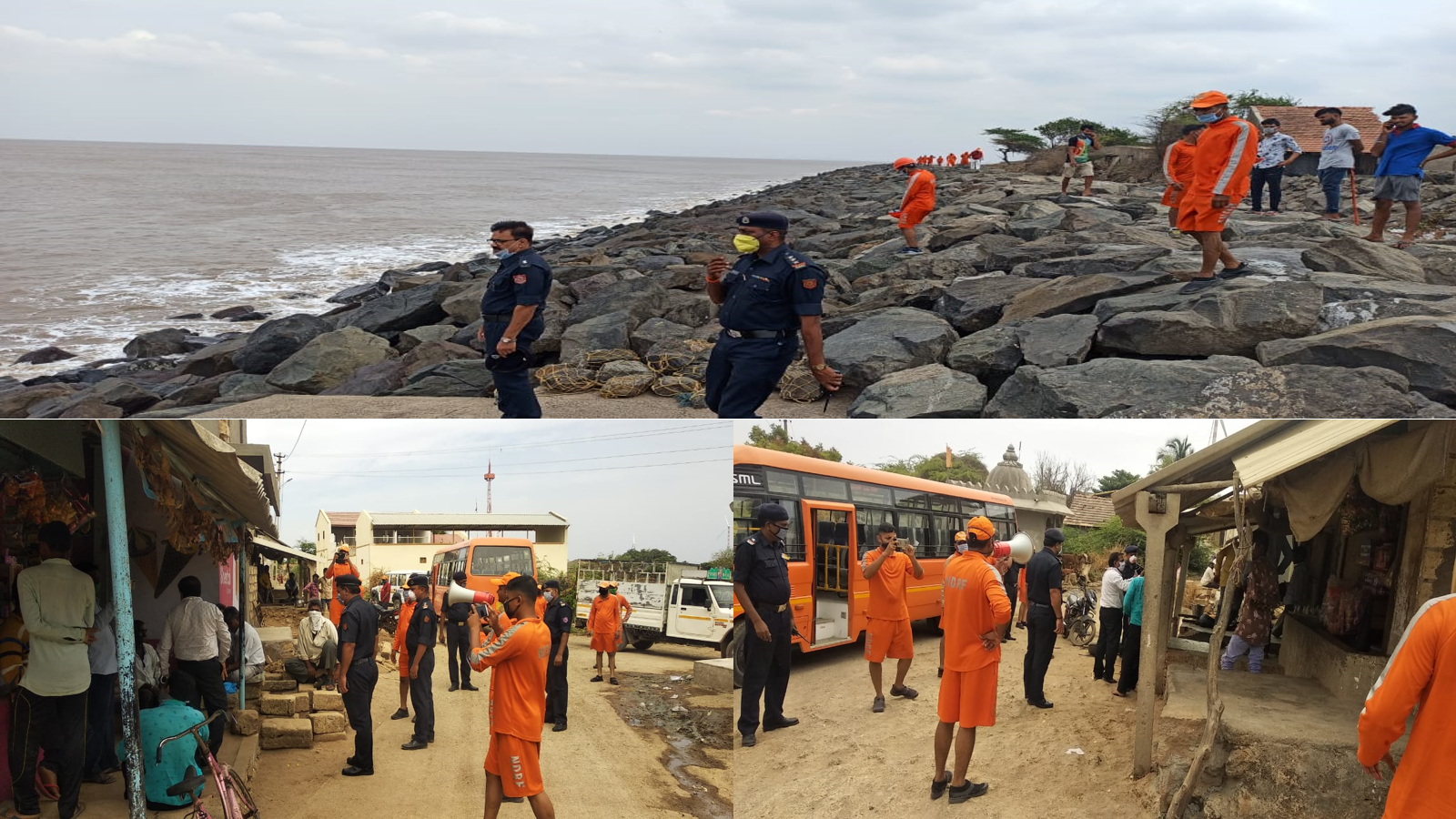