Hon’ble Home Minister applauded NDRF for organizing the National level conference in which all the major components of India’s Disaster Response Mechanism viz. NDRF, SDRF, Home Guards, Civil Defence, Fire Services, CAPFs etc. are participating to discuss the various issues pertaining to the Disaster Response & Disaster Risk Reduction (DRR). He said that this conference aims to develop synergies among Central & State disaster response Forces and to highlight way ahead to strengthen the response capabilities of all the stakeholders.

Many States/UTs have notified SDRF on the line of NDRF and rest are in pipeline which is definitely strengthening the response mechanism of country and making states self-sufficient, Minister added. He states that all agencies must be clear about their role during disaster response and work in coordination with each other which can be achieved through these types of conferences.

Shri Amit Shah emphasized on a unified disaster response system for which all Centre & State agencies, District administration, Village Panchayats, Community and common people need to come together. He further added that, we have walked a long way in realm of disaster response and work has been done in forecasting system including developing various mobile applications like Mausam, Megdoot, Damini and early warning system by which lives of citizens are being saved.

The Minister said that death toll in recent cyclones has been declined to a large extent wherein thousands of people lost their lives during earlier cyclones. Shri Shah highlighted that training module in regional languages needs to be prepared so that it can be understood easily by the locals and its reach can be made to the lowest section of the society. ‘Subash Chandra Aapda Prabhandan Puraskar’ is an initiative started for appreciating institutes & people who are excelling in the field of disaster management. 8th Bn NDRF is the first recipient of this award.

Hon’ble Home Minister praised States for herculean task performed by SDRFs/Civil Defence/Home Guards & Fire Services and congratulated for their innumerable contribution in the field of disaster response & Disaster Risk reduction (DRR). The Minister underlined the selfless humanitarian services of these agencies. During his address, Hon’ble Minister also praised NDRF personnel for their immense contribution in the service of humanity. He said that, in a short span of time NDRF has earned a name for itself and people look forward with positivity for NDRF relief efforts.

DG NDRF Shri Atul Karwal, welcomed the august gathering and shares his view on ‘Overview of Challenges and coordinated response mechanism of DM in the country’. Shri Karwal also highlighted the initiatives of NDRF for strengthening of SDRF/ Civil Defence& Home Guards. DG said that we must focus on CBRN emergencies including Biological emergencies as COVID pandemic has shown how devastating it can be.

Shri Karwal shared about NDRF’s collaboration with Agni Mission to design DM equipment under make in India program. He also gave an account of humanitarian assistance provide by the force at international arena.

Besides others, fruitful discussions on themes like ‘Role of major stakeholders in various emergencies’, ‘Strengthening of manpower and Infrastructure of SDRFs’, ‘Role of Police during Disasters’, ‘Road Map for strengthening and capacity building of SDRFs, Civil Defence, Home Guards & Fire Services’ were held. Imminent speakers from NDMA, Delhi Police, Agni Mission and States shared their views on the themes.

The conference is being attended by the seniors police administrative officers of All States/UTs, Relief and representatives from SDMA, SDRF, NDMA, IMD, NIDM and other stakeholders.

The conference will conclude on 8th April 2022. 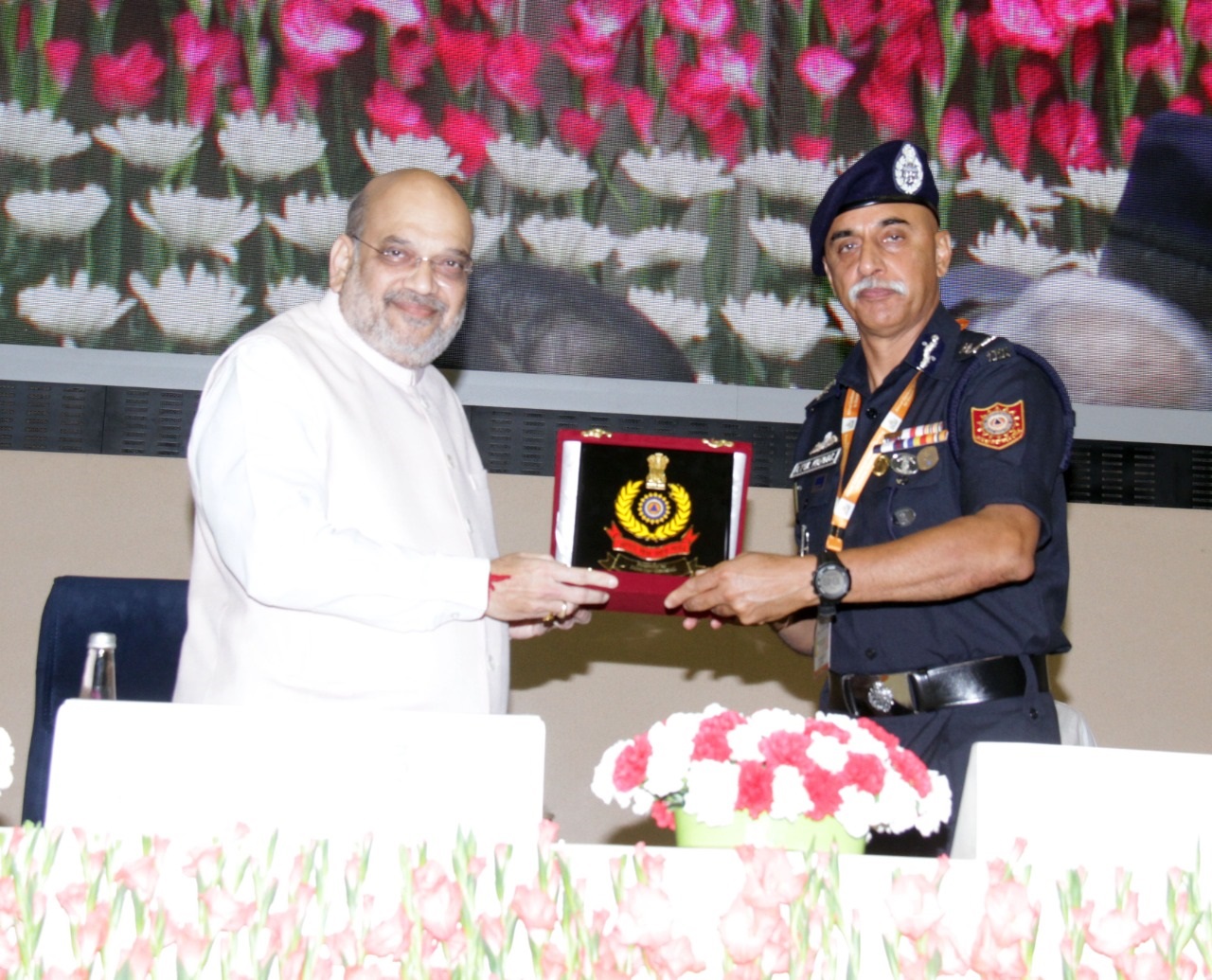 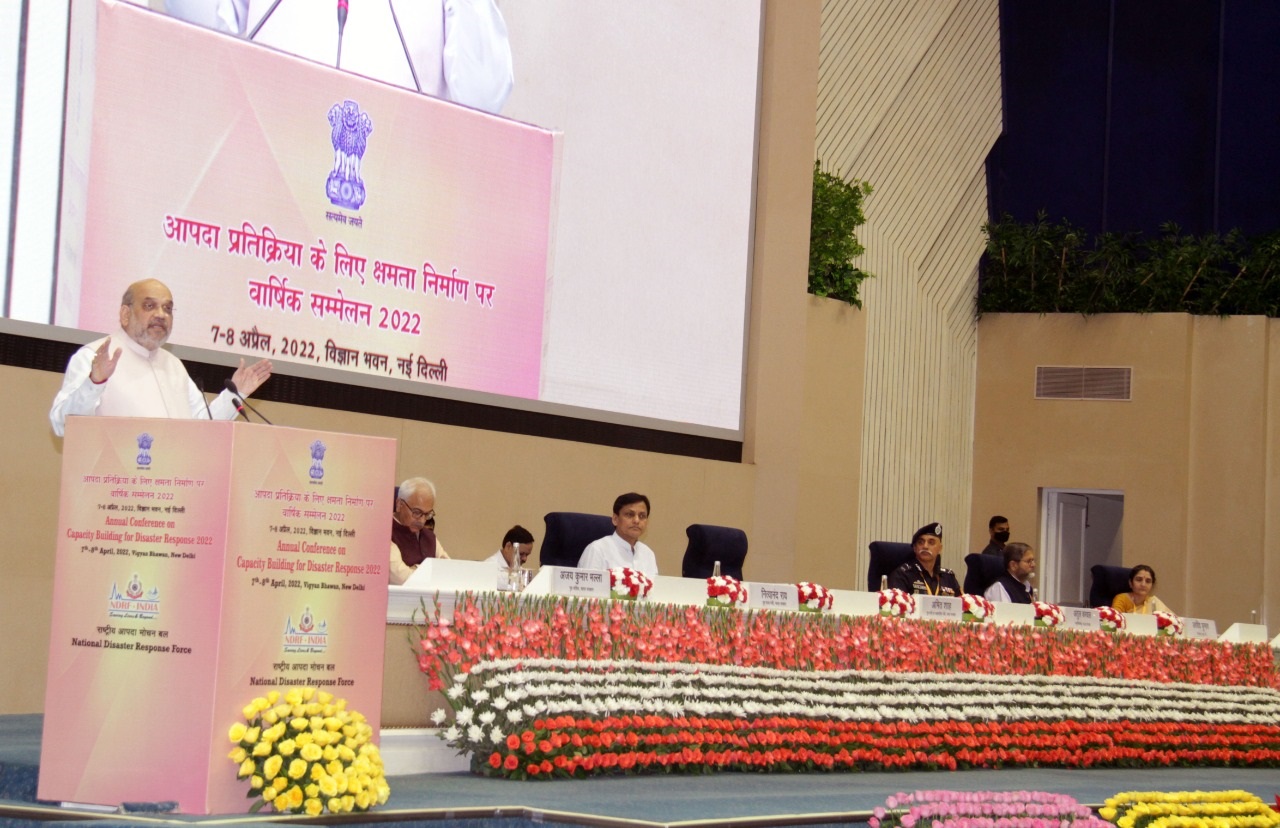 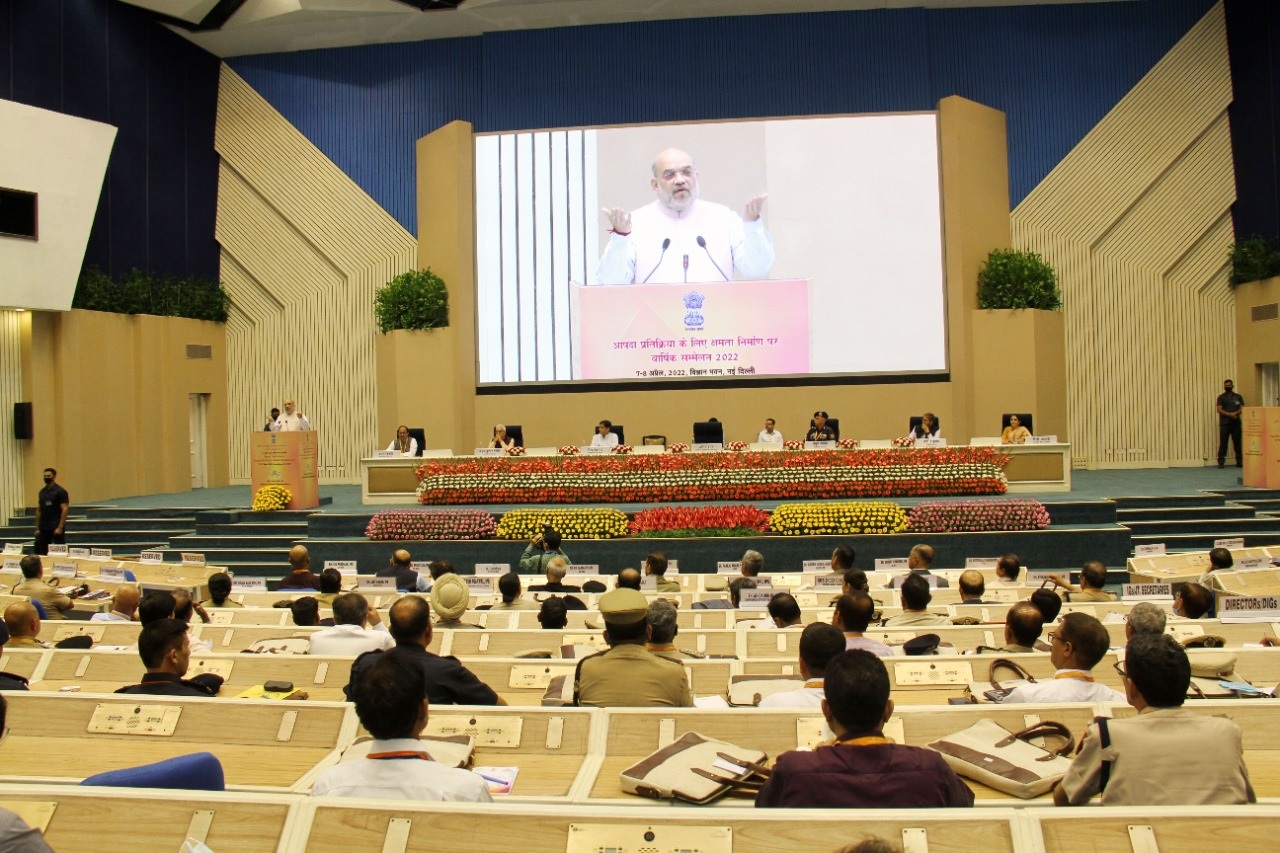 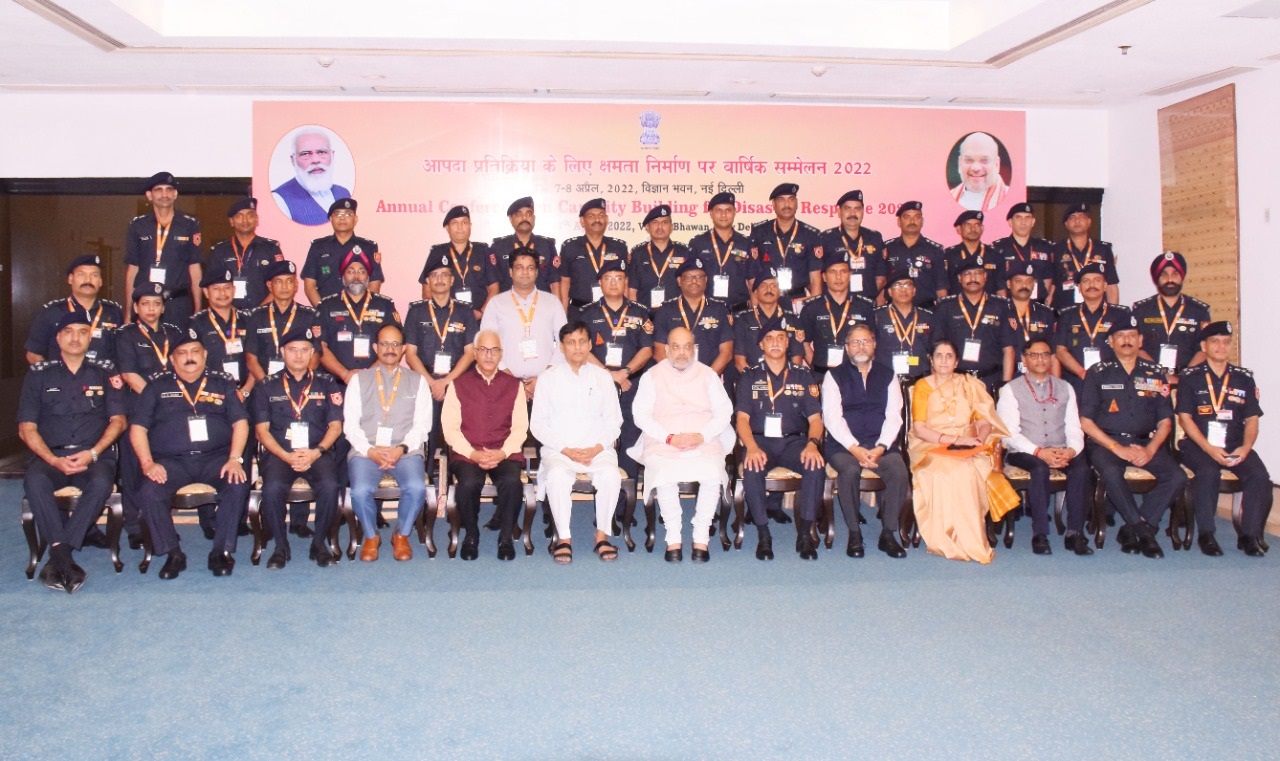 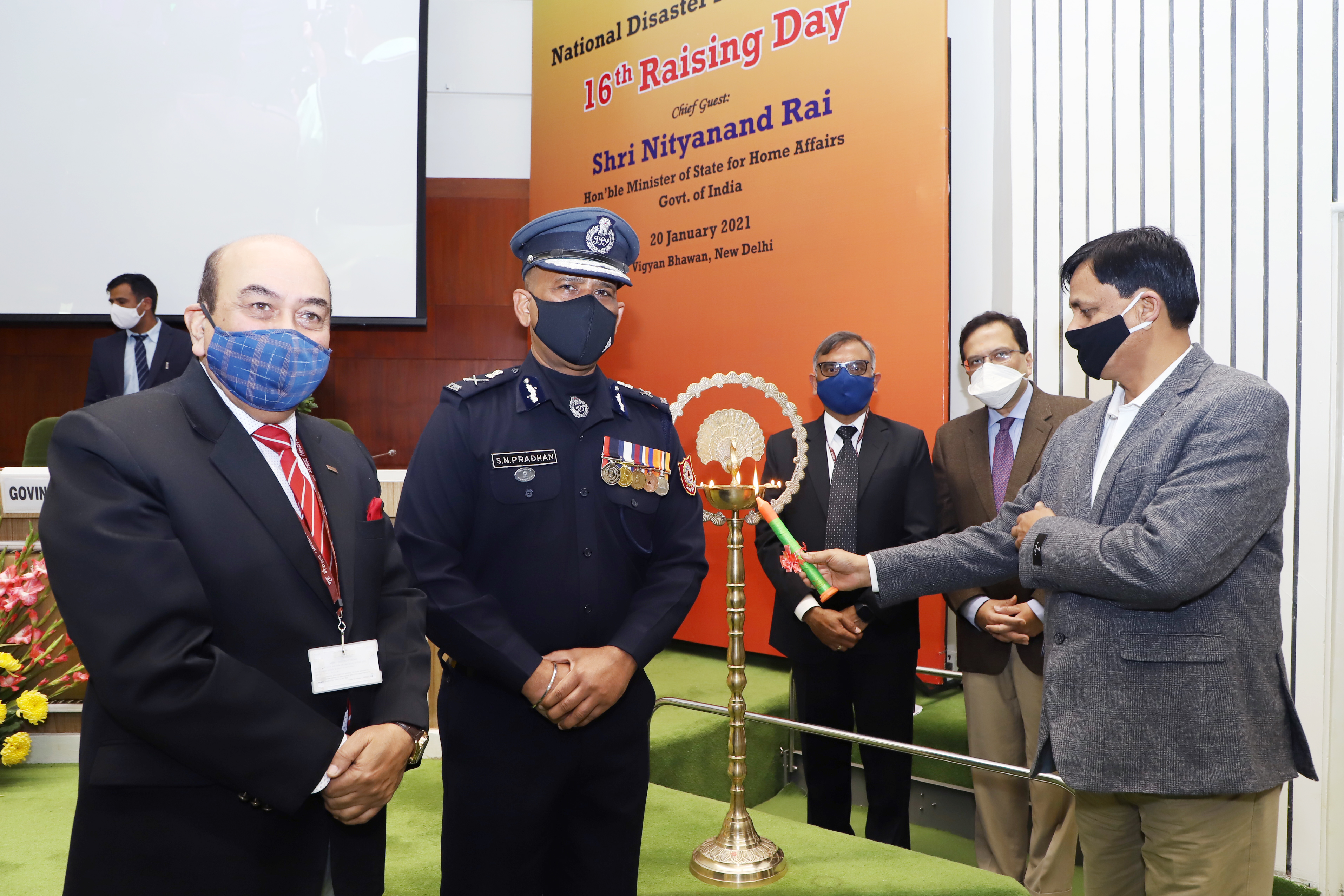