Speaking on the occasion, Shri Nityanand Rai appreciated the commitment shown by the force during disaster response. Hon’ble Minister apprised NDRF for doing a commendable job in saving lives by demonstrating highest levels of professionalism, determination and hard work. The Minister also applauded the exemplary work done by NDRF during the floods and back to back Cyclones hitting the country in the last year. He added that Govt. of India is very much concerned about disaster management and promised to provide all possible support to the force in making NDRF as one of the most advanced equipped rescue agency of the world. He further added that inter agency coordination during disaster has grown to a large extent since few years and now government machinery up to the lowest level are working together.

During his address, Shri Rai recalled the martyrdom of NDRF personnel, saying that the country will always remain indebted to the NDRF martyrs who made the supreme sacrifice in the line of duty.

Welcoming all present, Director General, NDRF, Shri Atul Karwal, gave an account of important rescue & relief operations conducted by the Force. DG, NDRF informed that the year 2021 has been a challenging year for NDRF but NDRF response in super cyclones like ‘Yaas’, Tauktae’ & ‘Gulab’ during Flood and various landslides incidents was undertaken with utmost precautionary measures and professionalism while taking on the challenges of COVID-19 pandemic. DG mentioned that considering this commitment and dedication, 8 NDRF rescuers were awarded with ‘Union Home Minister’s Special Operation Medal’ for the year 2021.

He stated that, in the year 2021, NDRF conducted various operations, wherein it rescued about 12,000 precious lives and assisted in evacuating citizens to safety in risky and difficult situations. The DG also highlighted NDRF’s efforts in making India a disaster ready and resilient nation.

Addressing the gathering, Shri Ajay Kumar Bhalla, Home Secretary, GOI applauded NDRF’s efforts in disaster response and disaster risk reduction. Shri Bhalla said that NDRF personnel are setting example through its hard work, sincerity and dedication for the nation. Shri Bhalla also mentioned about the government initiatives like induction of women in the force, Establishment of NDRF Academy as centre of excellence etc .

On later half of the day, the renowned Bollywood actor Mr. Akshay Kumar interacted with the NDRF personnel through virtual mode and shared some important tips about physical fitness. He frankly replied to various questions raised by NDRF personnel. He brought lot of life and cheers to the whole interaction and DG NDRF profusely thanked him for taking time out. 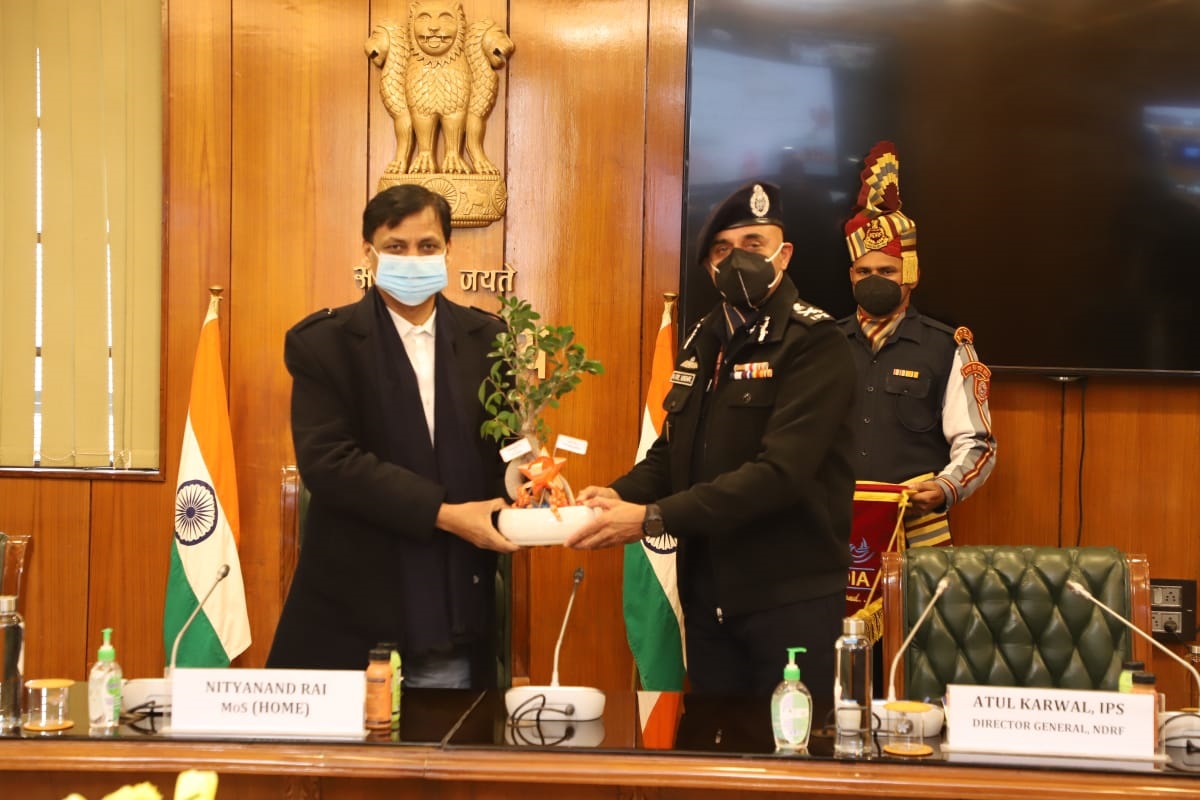 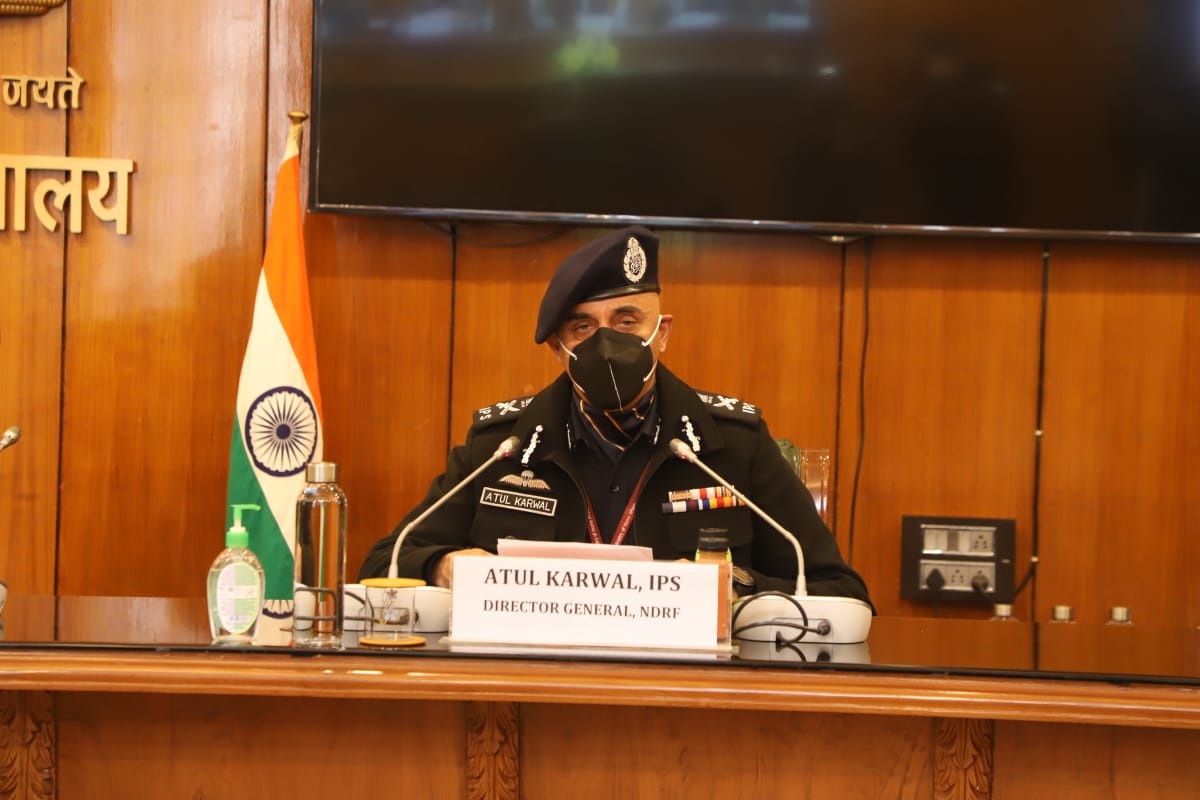 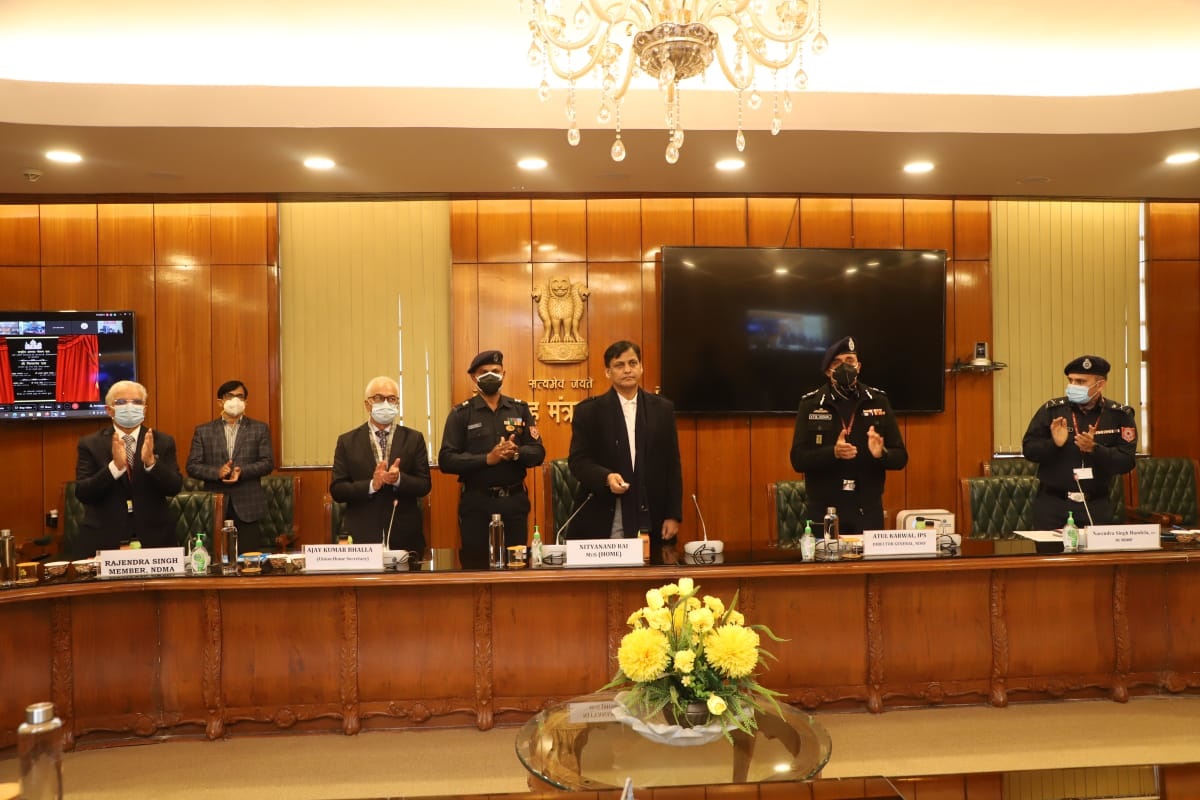 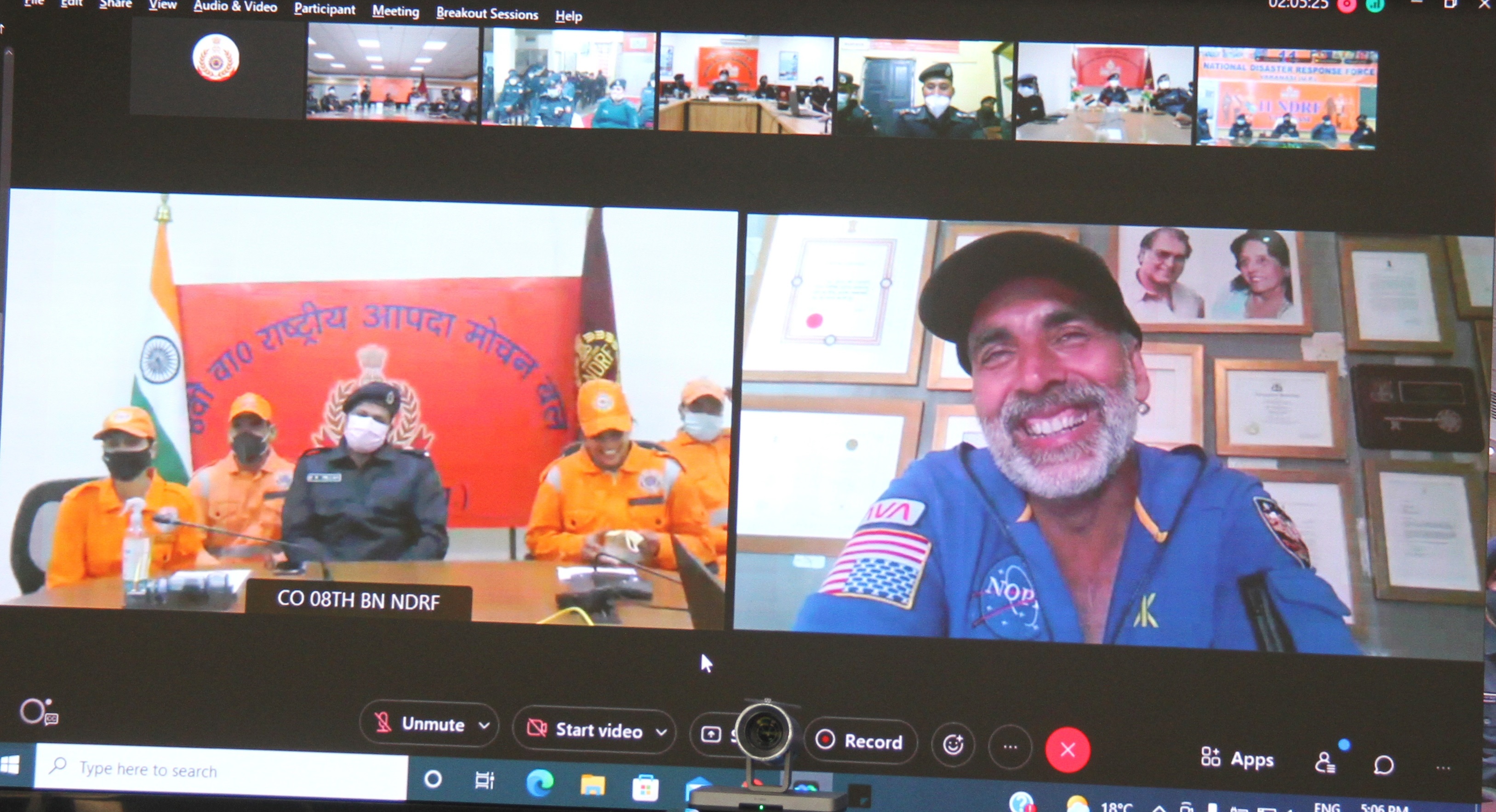