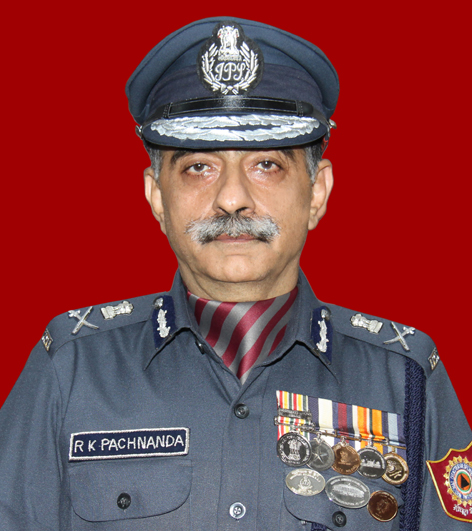 PROFILE ­­­­­­­­­­­­­­
The Officer is serving as Director General of the National Disaster Response Force (NDRF), India’s specialized force for responding to natural disasters and CBRN emergencies.
He is an IPS officer of the 1983 Batch.
PAST ASSIGNMENTS ­­­­­­­­­­­­

Represented CBI, India in a symposium on International Terrorism atICPO, Lyon, France in November, 1993.
SEMINAR  IN ISRAEL
Attended a Seminar on ‘Suicide Terrorism’ in Tel Aviv in January, 2003.

Represented India in the Counter Terrorism Programme on Civil-Military Response to Terrorism at Monterey, USA from 19th April to 30th April, 2004.

As DIG was the only Police Officer to command the Republic Day Parade in Kolkata (2002) which is always commanded by a Brigadier of the Army.

(a)Trophies awarded at the National Police Academy,  Hyderabad in 1984.