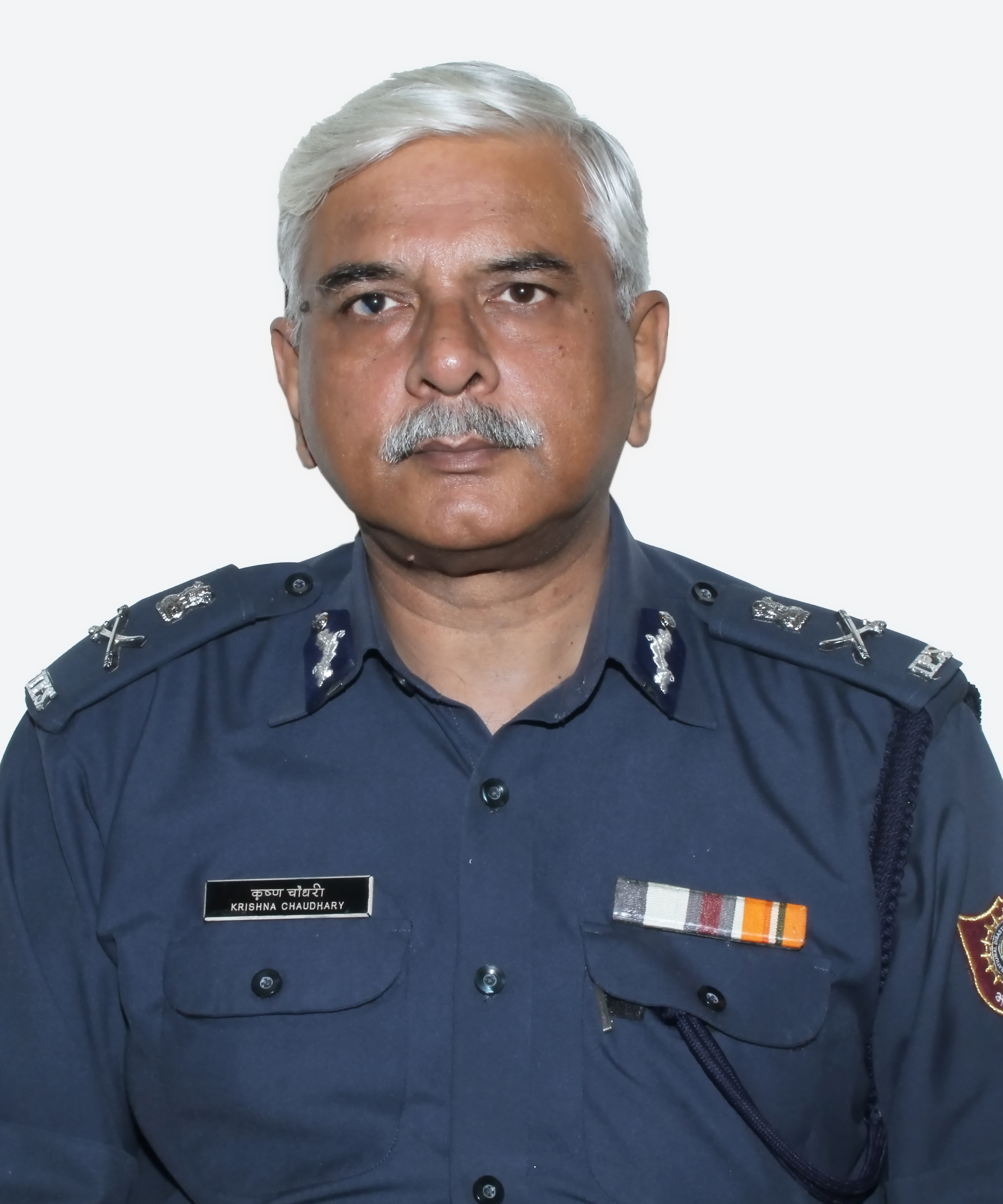 Sh. Krishna Chaudhary is an officer of the 1979 batch borne on the Bihar cadre of IPS. Being a meritorious student from the early student hood, Sh. Chaudhary was awarded National Merit Scholarship. An alumnus of Patna University, Sh. Chaudhary had also been awarded the Gate English Gold Medal for his performance in the graduation examination.
He has participated in many professional courses during his career, including Leadership and Change Management at IIM, Ahmadabad, Seminar for senior officers of State Government/Police, Investigation of Bank frauds and Economic offences, Level II Management Course, Junior Management Course, Civil Defense Course, etc.
As a police officer, he contributed a lot in Bihar Police. As SP of various problematic districts, his initiatives were appreciated by the state government. He also served a four-year term as SP in Central Bureau of Investigation (CBI). As DIG and IG, his postings on several critical positions were remarkable in terms of his achievements in police reforms and modernization of Bihar Police. He is a Human Rights enthusiast who worked for long years as nodal officer for the Bihar State Police. As ADG cum training Director, Bihar Police Academy, and later as DG Training, he was responsible for creation and establishment of the Bihar Police Academy. His vision of training manifested in novel and practical innovation in training methodology.
Sh. Chaudhary was appointed as DG National Disaster Response Force (NDRF) and Civil Defence (CD), New Delhi in July, 2013 where he had the force to distinction, particularly during cyclone 'Phailin' in 2014. The handling of the cyclone received acclaim at the national and international levels. On 28th February 2014, he was appointed DG Railway Protection Force (RPF) where he introduced several healthy practices and monitored the recruitment and training of the largest ever induction of more than 16,000 personnel. He was appointed Director General, Indo-Tibetan Border Police Force (ITBPF) on 10th February, 2015.
He has been decorated with Police Medal for Meritorious Service in 1997 and President's Police Medal for Distinguished Service in 2006.